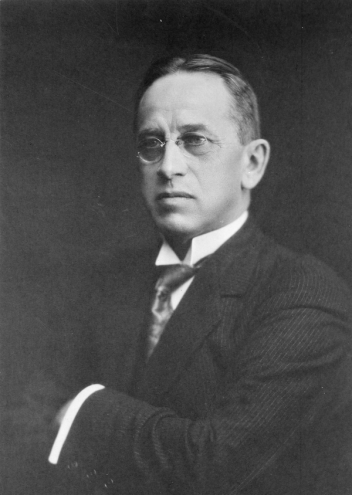 He arrived in Vancouver, as best we can tell from Street Directories, in 1901. He practiced very successfully as a doctor, with offices on Pender Street and a home initially in the West End. Dr. Drier and his wife, Hope (also from New Brunswick) obviously also enjoyed travel. In 1902 he took over as the surgeon on an Australian liner, (owned by the Oceanic Steamship Company) the SS Moana, for a two month period. He hired W T Whiteway to design his house at 1101 Burnaby Street.

Dr. Drier was a man with many interests; in 1905 he patented an arm splint, and in 1906 he hired Grant & Henderson to design a commercial block at 432 West Pender Street. His own offices had moved to the Fairfield Building on Granville Street, although by 1912 he was in the block he developed, and also lived there. Also in 1906 he conducted the installation of new officers of the Elks lodge; he was described as the “past exalted ruler, an officer of the supreme lodge of Canada”

In 1907 it was reported in the Vancouver World that “Dr. E. N. Drier, of Vancouver, lately purchased a very beautiful site on the Capilano river overlooking the last canyon in D. L. 593. This block of land and adjoining tracts is believed to be the choicest on the river for scenery and location, and also being a most suitable situation for a hotel or sanitarium.” We’re not aware whether he actually developed anything on this site.

A year later, in June, it was reported that Hope Drier had died; “The deceased lady had been ill for some time. She was native of Richmond, N. B., to which place the remains will be sent on this afternoon’s train, accompanied by her husband and mother”

Early in 1909 Dr. Drier remarried, to Jessie Townsend Reid. Jessie was the daughter of a Scot, John Reid, and Alice Cockayne, and was born in Port Townsend although by 1901 the family were resident in Vancouver. The family had a daughter, Francelle, in 1910, and a son, Newton died at birth in 1911. After his marriage he took an extended trip to Europe with his new wife, but took up his medical practice again in his return.

In 1911 Dr. Drier (wrongly identified as Dr. Driver in the Contracts Journal) was involved in the establishment of a company called Western Securities, who had Grant and Henderson design Hampton Court, a six storey apartment building built by J J Dissette at a cost of $100,000 (seen here in a 1975 Vancouver Archives picture). The 1243 Thurlow Street address is actually the same as 1101 Burnaby Street – so Dr. Drier demolished his nine year old home to develop the apartments.

In 1916 he relocated to New Zealand, where he quickly gained a reputation of some importance. He was quoted in newspapers soon after his arrival: as a Canadian Dr Drier did not see many points in favour of a nationalised medical service (a proposal being debated in New Zealand at the time). In 1919 he was in Auckland, commenting on the Spanish influenza (which was, in his opinion, a separate illness and not really influenza).

The family returned to Vancouver in 1932. There’s a substantial collection of items donated by Dr. and Mrs. E Newton Drier in the Museum of Vancouver, showing they spent some time collecting in South Africa and New Zealand. In the year he returned Dr Drier donated his collection of 750,000 shells to the museum, and there are other important ethnological items in the collection from the Driers. He took on the role of honorary curator of the items.