Yip Sang was the head of the Wing Sang Company, an important Vancouver Chinese trading company from 1888 onwards. Yip Sang was born in Guangdong Province in 1845, and came to San Francisco on a sailing junk from Hong Kong in 1864. He earned enough by washing dishes, cooking in a restaurant and panning gold on his trip to the United States to be able to return to China and identify the woman he intended to marry. He returned to the US, among other jobs cooking for cowboys in Montana, allowing him to return again to China to marry and have two children. His first wife died, but he had already married another to look after her and his children. On a further trip back he married again, so now had two wives to look after his three children.

In North America he passed through Vancouver, headed for the Cariboo gold fields, but with no luck there ended up selling coal door-to-door in New Westminster. Finally his luck was in when he impressed Andrew Onderdonk, the contractor building the CPR line from Port Moody to Kamloops, becoming bookeeper, timekeeper and paymaster for the Chinese work gangs building the line. He then started supplying the CPR with work gangs, recruiting in the Pearl River Delta and while there marrying a fourth wife. 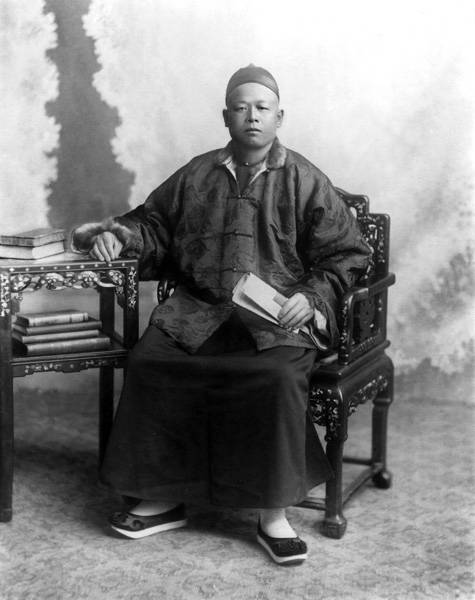 Once the railway construction was completed Yip Sang returned to Vancouver, establishing the Wing Sang Company (it means ‘everlasting’) in 1888. He built what was probably the first brick building in Chinatown on Pender Street, enlarging the building in 1901 to three storeys to allow him to bring his entire family from China (using a design from T E Julian) and then building an even larger 6-storey family and stores block in 1912 at the back of his lot on Market Alley, this time using Edward Stanley Mitton as architect. 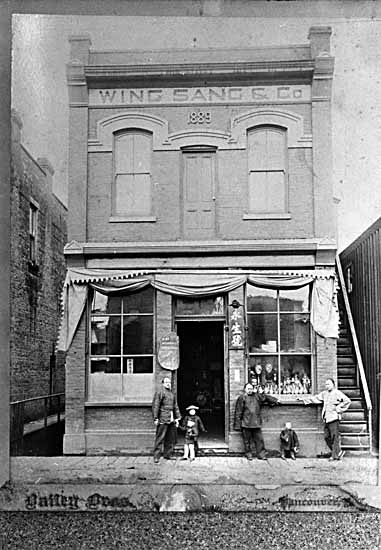 By 1908 Yip Sang was one of the four largest Chinese owned companies in the city with real estate worth over $200,000. Yip Sang’s family grew as successfully as his businesses, with 19 sons and 4 daughters all living with their father and three wives and other family members including numerous cousins. The growing family moved to the new building at the back, leaving space for the expanding businesses covered by the Wing Sang company, including labour supply to the railway, rice, silk and clothing imports, salt herring export and steamer ticket brokerage.

Like several other Vancouver traders (although far fewer than in Victoria) the Wing Sang Company imported and processed opium. Although the government changed the rules after the McKenzie inquiry into the riot of 1908, Henderson’s Directory hadn’t caught up with those changes in 1909. (Market Alley runs behind the Wing Sang building) 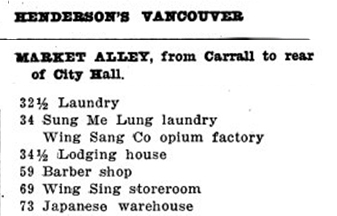 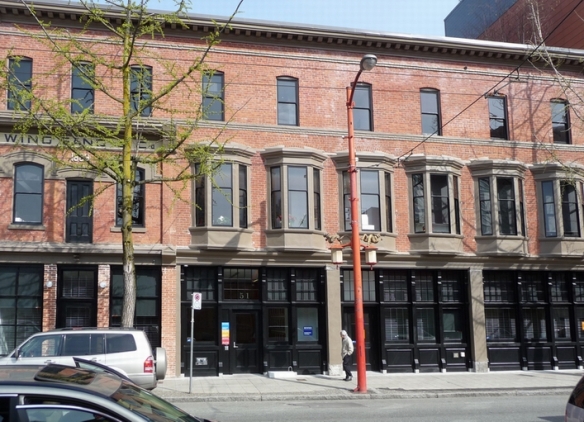 Yip Sang never learned English well, but employed two secretaries, one English speaking and one Chinese who could also speak English. In 1911 when Sun Yat-Sen and his followers toppled the Manchu Dynasty, Wing Sang cut off his queue and adopted western dress.

He owned at least 16 lots in the city, including the 11-lot Canton Alley tenament district of homes and businesses which saw construction on Pender Street in 1903 ans 5 more buildings that cost $50,000 to develop in 1904. A 1912 building replaced the 1903 building with a substantial 7-storey apartment block.

While those buildings were cleared away many decades ago, two other buildings developed by the Wing Sang Company are still standing. The Chinese Times Building was completed in 1902 to designs by W T Whiteway, working with Chinese architect W H Chow – even though in theory the Chinese were prevented from working as professionals in the city. The building sits on the corner of Pender and Carrall, and on the back half of the lot (so on Carrall Street) J G Price designed the West Hotel for Yip Sang in 1913. 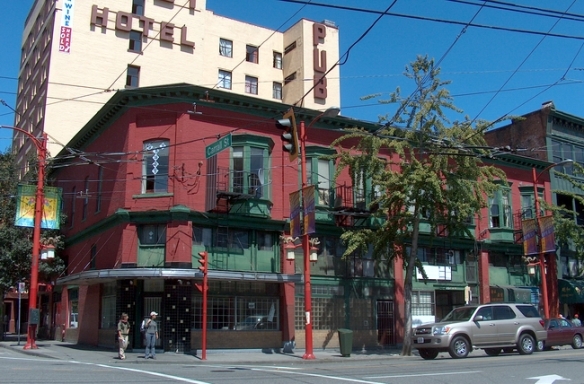 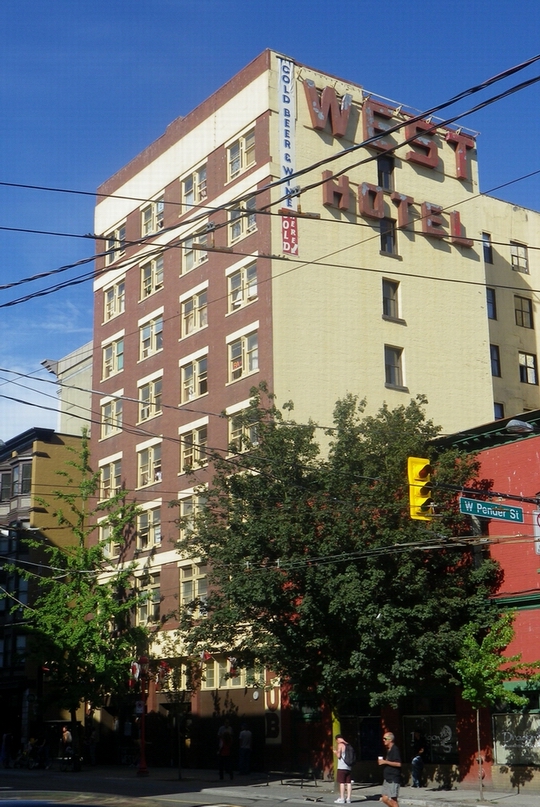 As with several of his Chinese competitors, Yip Sang didn’t only invest in Chinatown. In 1912 J G Price designed the Fraser Hall for Wing Sang, located at Fraser and 46th Avenue. It’s still there today, 100 years later. 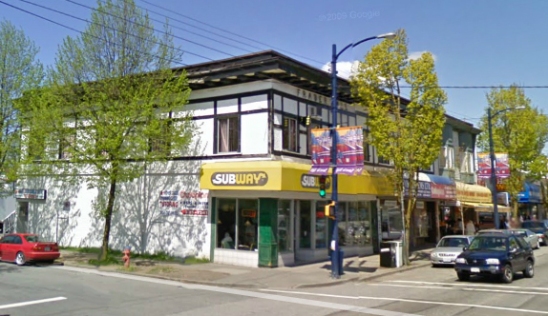 Yip Sang died in 1927, his death being marked by the longest funeral procession Vancouver had ever seen. Unusually, he opted to be buried in Vancouver rather than having his bones returned to China, as normal custom would have indicated. The buildings on Pender Street stayed in the family until 2001. In 2004 Bob Rennie acquired them and undertook a massive restoration project, moving his realty company to the Pender Street building and installing his extensive art collection and a gallery for curated works into the gutted six-storey family block on Market Alley.